The role of business schools in creating ethical leaders

Corruption and collusion are poisoning SA. Business schools have a critical role to play in creating honest, transparent leadership 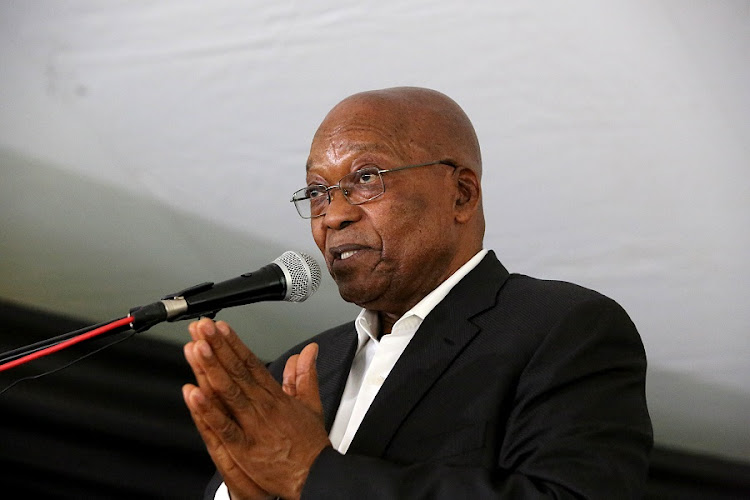 Once upon a time we were appalled when the minister of health squandered R15m on the musical Sarafina 2. That was 1995. Today, we wince and brace for more bad news when we hear that parastatal Eskom lost R20bn in the past financial year.

It’s not just the scale — of corruption, collusion and capture — that has changed but the scope too. The effects are all linked. All of it is avoidable. It starts and ends with business. It starts with using a middleman to get the contract. The middleman gets paid a commission on the total value of the deal. Let’s call it 20%. On a contract of R100m, that’s R20m that wasn’t budgeted for, that will probably be extracted from this country and deposited in a bank vault offshore.

But it’s not just the inflating of prices or the extractive corruption where money is physically removed from the SA system. It’s the corrosive, insidious and all-pervasive effects associated with it. For a start, the person to whom the kickback is paid has probably done nothing to merit it, technically, professionally or academically. He (and it’s been a predominantly male preserve) is getting it because of his political influence, nothing else.

But the rot doesn’t stop there. The contracts might be awarded to companies that can’t do the job properly. We end up with roads that wash away, hospitals that are death traps and, in the case of our former president, Nkandla.

Can business ethics be taught?

On the face of it, not much has changed in corporate behaviour since business schools began putting all their educational eggs in the ethics basket. Why not?

Cost overruns become the norm, as do delays in completion and — in extreme cases — the re-awarding of the original contracts to competent firms to redo the work from scratch. The money that should have been used to create better services and enhance access to them has stuck at source. There has been no skills transfer, no collateral benefit to the communities where these “investments” have been made. On the contrary, in the most bitter of ironies, many of these tenderpreneurs have become role models to the very people who should have been benefiting from projects.

Deprived of the full benefit of the new infrastructure, they see only someone who has escaped the shackles of poverty, complete with luxury car, smartphone and fancy clothes. They do not see that these are effectively the proceeds of crime. They are not alone. These tenderpreneurs are enabled by institutions that should know better, from regulators such as chartered accountants to listed corporates that have partnered with the middlemen.

All of them are trapped on a continuum that begins with ignoring the dissonance of the wrongdoing, then passes through denialism before reaching rationalised collusion where you tell yourself you’re doing it for the good of the company you work for. We end up with managers trained to turn off their minds in pursuit of the bottom line, in order to provide perceived value for shareholders irrespective of the untold expense wrought on the fabric of the communities in which they operate.

In his book Factfulness, the late Swedish physician and statistician Hans Rosling divides humanity into four income levels. The first three range from absolute poverty to relative poverty. The fourth level encompasses about 1-billion people, less than 15% of the world’s population. They have proper education, running water in their homes, electricity and a car.

It’s not what you learn on your MBA but how you apply it. Not every graduate goes on to success but there are lessons to be learnt

Two centuries ago, 80% of the world lived in absolute poverty: fetching water by bucket, sleeping on the ground and cooking over an open fire. Since then, most of their descendants have moved to the next two levels, but they are forever impeded from breaking through to the fourth by the theft of the funds intended to help them do just that.

The middlemen and the tenderpreneurs aren’t Robin Hoods stealing from the rich to give to the poor. On the contrary, they’re stealing from the poor. Many of the middle classes, who bear the brunt of the tax burden, have protected themselves against kleptocracy by opting out of state health, education and even security by buying private solutions.

The poor can’t see what is causing their misery. As for the middle classes, many of us are part of the collusion, not able or brave enough to stand up and speak out for fear of losing our jobs, or of being ostracised. Rotting in the centre of this malaise is our cynicism of government and any dream of social cohesion, as the devil takes the hindmost.

The state capture that characterised the major part of Jacob Zuma’s tenure did not happen overnight, but the groundswell revulsion to it was spontaneous — though only after years of tacit acceptance. Now we have been given an opportunity to change.

We dare not squander this. The only way to ensure that we don’t is to inculcate a culture of active citizenry that starts in our classrooms, teaching our children to speak truth to power. This culture must evolve through there to our business schools especially, to craft a new cohort of business leaders; men and women who will not chase profit at all costs but extract the maximum good for everyone involved in the process, from investors to local communities.

How to choose the right business school
The options for executive education are almost boundless. The wrong choice can be an expensive mistake

We need to turn the corner. We dare not be paralysed by our past. We have to start doing what is right. That way, we can turn the corner, ensure that roads are built not just for the community but by the community, make certain that clinics and schools are staffed by professionals recruited locally and trained in our best universities.

Most of all, we can create a new generation of African entrepreneurs and industrialists who have achieved on merit built through opportunity, in a society that is blinding in its transparency.

When we do this, the entire country will finally be ensconced in Rosling’s fourth level.

New Research: How to find your organisation’s groove
September 20, 2022

Henley Africa remembers Her Majesty with a two-minute silence
September 20, 2022

Why is Resilience important to your organisation

Please note: If you are applying on the basis of Recognition of Prior Learning (RPL), please email pranishab@henleysa.ac.za to assist you with your RPL application.

Please note: If you are applying on the basis of Recognition of Prior Learning (RPL), please email pranishab@henleysa.ac.za to assist you with your RPL application.

Position: Head of Admissions
IMPORTANT: Please ensure you have a copy of your CV & motivational letter to upload, no larger than 1MB each.

Position: Senior business project leader
IMPORTANT: Please ensure you have a copy of your CV & motivational letter to upload, no larger than 1MB each.

Please complete each of the sections. To move between sections click on the section title or click “next”.
Remote Work White Paper

NB. This offer is applicable to new applications for intakes in 2022 only. Students accepted for 2022 who defer their studies to a later year will forfeit this early bird discount and will be liable for fee structure and pricing applicable to such later year.

Position: Quality Assurance Manager
IMPORTANT: Please ensure you have a copy of your CV & motivational letter to upload, no larger than 1MB each.

Position: Research Manager
IMPORTANT: Please ensure you have a copy of your CV & motivational letter to upload, no larger than 1MB each.

Position: Senior Programme Manager – MBA
IMPORTANT: Please ensure you have a copy of your CV & motivational letter to upload, no larger than 1MB each.

Position: Programme coordinator – Open Undergraduate Programmes
IMPORTANT: Please ensure you have a copy of your CV & motivational letter to upload, no larger than 1MB each.